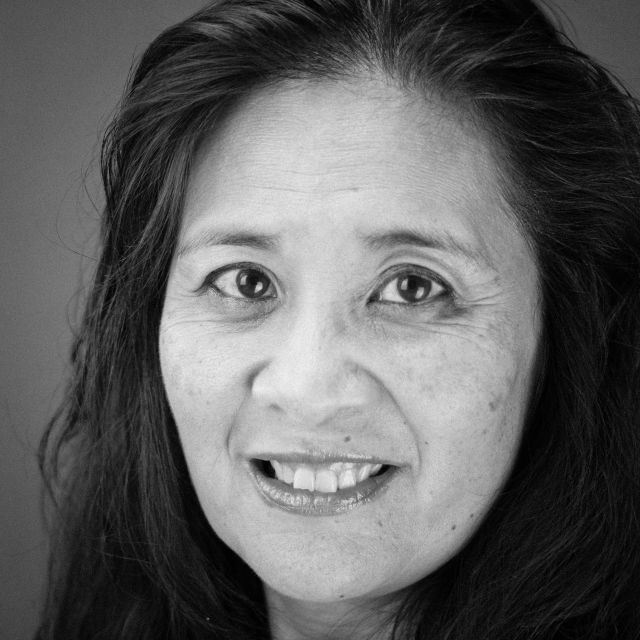 Dr. Akiko Mikamo was born and raised in Hiroshima, Japan and later moved to California. While teaching high school English in San Diego, Dr. Mikamo worked with students ranging from 11 to 19 years of age and realized that mental health and family relations impact learning even more than subject matter and curriculum. That realization, along with her experience of having grown up with two atom bomb survivors as parents and a disabled elder sister, inspired her to help others impacted by dysfunction, illness, or disabilities. Even as she continued her teaching job, Dr. Mikamo decided to obtain her PsyD in clinical psychology at the California School of Professional Psychology (CSPP).

While practicing as a master level therapist, many clinical questions arose for Mikamo that motivated her to apply to CSPP and train as a clinical psychologist in order to treat clients more effectively, using empirically based clinical approaches and psychological assessments. Even as many questions were being answered, her clinical experience at a community mental health clinic and a psychiatric hospital raised even more, increasing her desire to learn and expand her professional expertise.

After graduation from CSPP, Dr. Mikamo worked at a psychiatric hospital as a psychology fellow, strengthening her clinical skills in psychological evaluations and short-term inpatient treatment. She also worked as a psychological assistant for two wonderful psychologists with multicultural expertise and served as a school consultant for a Saturday school for the Japanese Ministry of Education and Sciences school. Once licensed, Dr. Mikamo started her private practice, US-Japan Psychological Services.

Dr. Mikamo has often found herself to be the only Japanese-speaking psychologist in a given situation. Initially, she focused on serving Japanese and other Asian-related clients, including non-Asian family members and organizations that interact with Japanese nationals and other Asian persons and communities. Throughout her career, she has offered a variety of psychological services, including bilingual psychoeducational assessment and consultation; working in criminal, civil, juvenile, and family courts; providing multicultural organizational consultation and executive coaching for global companies and executives; and working with Olympians, Paralympians, and professional athletes.

Thirteen years after Dr Mikamo was licensed and opened her private practice/consulting business, she decided to expand her knowledge and skills. She obtained an Executive Masters in Change (organizational psychology) at INSEAD, one of the top-ranking international business schools in the world. This required her to commute from San Diego to Paris every five weeks and to commute to NYC for a practicum. At the same time, she obtained a postdoctoral Master’s of Science in Clinical Psychopharmacology (MSCP), also through CSPP. After graduating from the MSCP program, she earned the APA certificate to prescribe at federal facilities, then obtained a medical psychologist license from the Louisiana Board of Medical Examiners.

In her current private practice, Dr. Mikamo works with two psychiatrists. They provide joint medication evaluation clinic for mutual patients once a month, where the psychiatrist colleague and Dr. Mikamo treat the patients at the same time in the same room for medical management. This has been quite effective as patients usually have only 10 – 15 minutes with their psychiatrists and do not report detailed progress or issues, but the patients see Dr. Mikamo every week or every other week. Her belief is that psychologists know a lot more about how the patients are really doing and can provide valuable insights, information, and suggestions to psychiatrists, especially when the psychologists are educated and trained in psychopharmacology. She has also worked as a clinical consultant in clinical trials for psychopharmacological studies.

So, yes, Dr. Mikamo has been all over the place quite literally—in part by attending INSEAD in France (The Business School for the World) and expanding her professional network globally with fellow graduates that work in 170+ countries in leadership positions. She travels frequently for leadership development programs, executive coaching, sport psychology competitions, and presentations. She has all types of clients on six continents.

Her latest project is a book and film about her parents’ survival of the Hiroshima bombing. “I’ve always wanted to write a book about my parents’ survival experiences from atomic bombing since I was 10 years old or so. But, I knew I would need a lot of life experiences, knowledge about humanity, and most importantly perspectives in order to write a balanced and compelling story that is meaningful.  So, I thought I would write it when I’m 80 years old,” said Dr. Mikamo. “But, something happened at INSEAD, and my 36 classmates from 27 countries really encouraged me to write it in order to send the message to the world. I wrote my first draft in 3 days and nights. I just needed to jot down everything I could remember off my head that I had heard from my father and my mother. This was the end of July, 2010,” Dr. Mikamo recounts. “Then it took me three years to do the research and interview my father via phone, fax, and on occasional visits with him in Hiroshima to sort out the contents, check the chronology of the events, and other facts. I published my original book, Rising from the Ashes: A True Story of Survival and Forgiveness from Hiroshima, in 2013 and published my Japanese version in 2014. I wrote these two myself. Then, the Italian version, the Spanish version, and the Polish version were published in 2015 & 2016. The English version was updated and re-published as 8:15 - A True Story of Survival and Forgiveness from Hiroshima (www.815hiroshima.com). The German version is to be published early August this year [2020].”

Following the writing of the book, Dr. Mikamo had a contract to have the book made into a feature movie, but it was delayed because of securing money to produce it. As a result, she decided to produce a documentary film, 8:15 (www.815documentary.com), for the 75th anniversary of Hiroshima and Nagasaki herself because she didn’t want to just sit and wait for the Hollywood narrative.

She stated, “It was a crazy plan, actually, but somehow, every step had an amazing blessing and worked out. We [Dr. Mikamo and the production team} started talking about it in December and finished production in Japan and NYC by the end of February this year [2020] before the lock down in March, and edited it remotely in the past 3-4 months [March to June 2020]. We completed this project at many points, but always found ways to improve it, so It’s become a never-ending story.”

The documentary has been submitted to the Cannes Film Festival, AFI DOC, and Melbourne International Film Festival, though unfortunately all have been cancelled due to the COVID-19 pandemic. Dr. Mikamo explored options to share the documentary in Japan first and the film had a successful media screening in Tokyo earlier in July 2020 and later in Hiroshima over two weeks for the 75th anniversary of Hiroshima (August 6) and Nagasaki (August 9). (Watch the official trailer here.) Next year it is hoped that the film will be more widely available either as a video-on-demand or streaming.

With her 8:15 book and film, Dr. Mikamo hopes to send the message of resilience and forgiveness to the world and how the worst enemies of yesterday could become best friends of tomorrow. Also, psychologically speaking, she hopes to deliver the message of how different perspectives can help one grow and thrive as human beings; as we face unexpected challenges or seeming-dead-ends, we can overcome adversity and help one another work towards a brighter future. Dr. Mikamo believes that these messages are timely, especially in the current climate with the pandemic and heightened awareness regarding racial oppressions.

Known as a multicultural feminist scholar and practitioner, her work centers on multicultural and feminist psychology; Asian American mental health; family systems and therapeutic processes; and the delivery of culturally competent services and supervision.

She is widely published and has presented at national, state, and local conferences. In 2018, she became the Editor of Women & Therapy and is also a Fellow of Asian American Psychological Association and APA Divisions 35 (Society for the Psychology of Women) and 45 (Society for the Psychological Study of Culture, Ethnicity and Race).
In recognition of her work, several awards have been bestowed on her, including an APA Presidential Citation in 2019, the Shining Star Award at the National Multicultural Conference & Summit in 2017, Division 45's Distinguished Career Contributions for Service Award in 2015, and Division 35's Pioneer Award (Section 5, Asian Pacific Islander Women) in 2012.

San Diego, CA: Steven Jella, a soon-to-graduate doctoral student in the California School of Professional Psychology (CSPP) who has won the Outstanding Dissertation Award this year from the American…
Read More

"Since the economic implosion of 2008, the news has been littered with accounts of questionable behavior in boardrooms, corner offices, and other gold-plated spaces.
Read More

For the third time in the past six years, Dr. Alan Loucks, alumnus of the California School of Professional Psychology, will ride his bicycle across the country to raise funds and awareness for…
Read More
a